An easy way to personalize and organize your office with Mod Podge Rocks stencils and DIY Upcycled Office Organizers.

I recently had the opportunity to try the new Peel and Stick Mod Podge Rocks stencils from Plaid and created by Amy who blogs at  Mod Podge Rocks.  To quote my son, “How cool that the Mod Podge lady has her own product line!”   I chose the Starlight stencil (I was channeling the retro 50’s vibe that day and this stencil seemed to fit my retro mood).   The stencils are slightly sticky on the back so that they will adhere well and allow you to use Mod Podge and glitter to create a fun design.  The great part (for my hate-to-throw-things-way self) is that they’re reusable.  So imagine all the great projects you can create from the same stencil.

Of course, I wanted to try the stencil on a repurposed container (no surprise there, huh?).   My friend, J., came over to craft with me and we gave the stencil a good trial run by making several different projects.  The stencil does a great job of adhering to a flat surface.  I wanted to use the entire pattern and when we tried it on a curved and graduated surface it couldn’t accommodate both the curve and the angle.  I recommend you use the stencil on flat surface or a curved one (like a jar) with straight vertical sides, because then the stencil adheres well and you can use the entire repeating pattern.

I chose these 2 containers because the stencil worked well on them.

Once you have the stencil adhered to your surface, you simply add the Mod Podge to the stencil.  Using the spouncer made it easy to get the exact coverage we wanted, but you could use a sponge or paint brush.  Mod Podge dries fairly quickly, so as soon as you finish applying the Mod Podge, immediately add your glitter.  This was my first time using Mod Podgeable Glitters (the glitter in the little tube) and it works perfectly for being able to apply the glitter exactly to the details of the stencil.

Once you’ve added your glitter, immediately remove the stencil and wash it before the Mod Podge dries.  J. and I used a cotton swab to wipe away any stray glitter, but I was impressed with how sharp the image turned out.

I’m pleased with how my Upcycled Office Organizers turned out.  They’re just what I need for my soon-to-be new craft room – cute and functional organizers.  The Mod Podge Rocks stencils were very easy to use and I love the Starlight stencil  pattern.  J. and I created these cuties in less than 30 minutes (and that was with some chit-chat mixed in).

Confession time.  I’m really not much of a glitter girl (go ahead and try to find another craft project around here where I used glitter, there aren’t any). I could have reviewed the stencil using sand, but I figured it was time to try something new around here.  And honestly, I really like the way the blue glitter turned out.  I like the pattern of the gold glitter, but the gold is just a little much for this girl.

I do like the blue glitter with the Starlight pattern enough that J. and I made another project that I’ll share with you next week.  Meanwhile, I’m off to organize some office supplies with my new DIY Upcycled Office Organizers.

You can find Amy’s line of Mod Podge Rocks stencils at Michael’s craft stores or online. 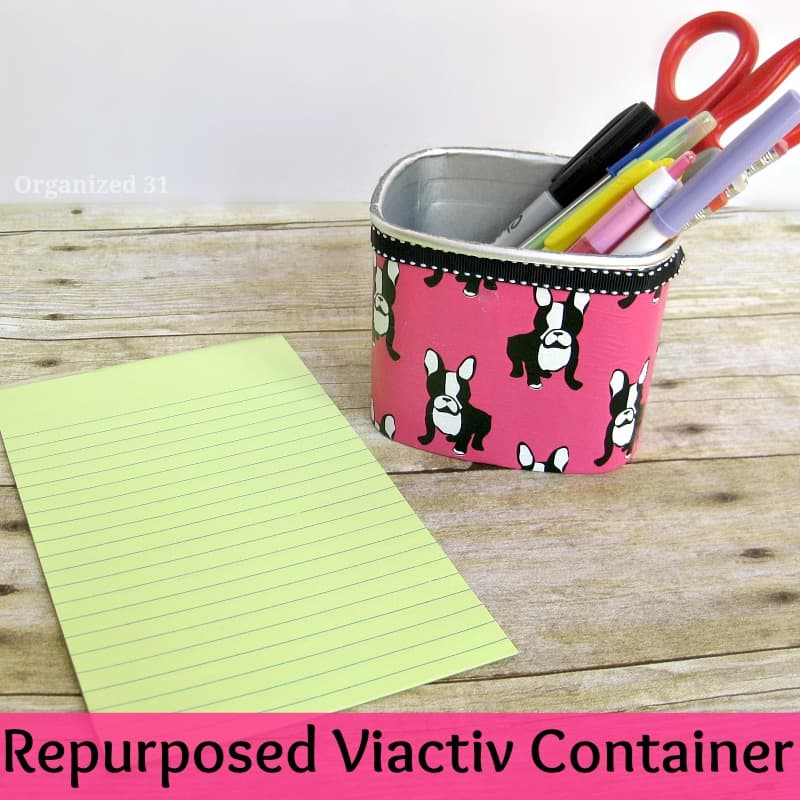 It seems like one week you’re bringing your baby daughter home and the next week she’s heading off to college. I’m so proud of my baby girl, but just can’t believe that she’s all grown up. My focus now is on getting her ready for being on her own. I worry about her having all…

I have friends that collect trash, cast-offs and junk and then give it to me to repurpose.  I know I’m not the only one with such good friends. (Thanks to other bloggers I know this.)  Every time it happens I’m equally giddy that they thought of me and embarrassed that when they thought,”Who should I…

I love repurposed craft and organizing projexts, so this upcycled comic book clementine crate is a win-win. It’s an easy and fun craft project to make with children and only costs pennies to create. Sooo-ooo,  I’ve got a friend, Holly.  You can find her at Pink Fortitude.  She challenged me and a couple of other… 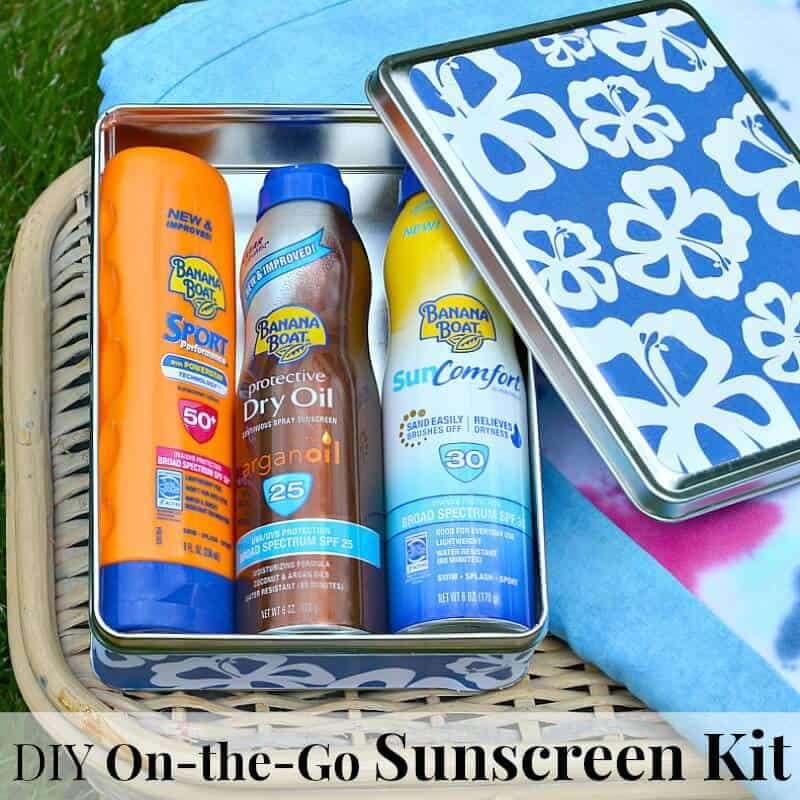 I participated in an Influencer Activation on behalf of Influence Central for Banana Boat®. I received product samples to facilitate my review and a promotional item to thank me for my participation. Summer, summer, summertime means summer fun and family reunions. When I think back to my favorite childhood memories most of them revolve around… 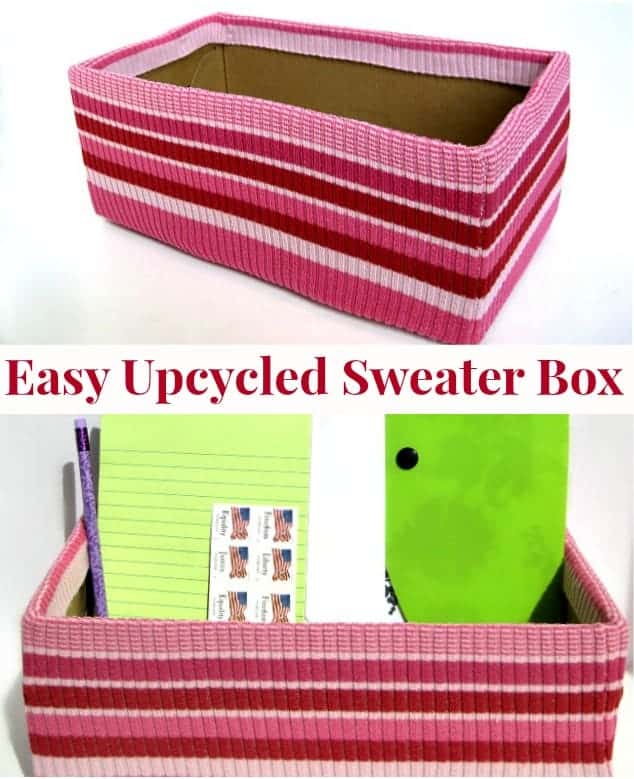 I originally shared this project on Life After Laundry.  Being a military family, with moves coming every 1 to 3 years, I prefer to use repurposed and upcycled items to organize and craft with.  That way if I don’t have room in the next house, I can recycle them and not feel guilty.  Plus, I enjoy… 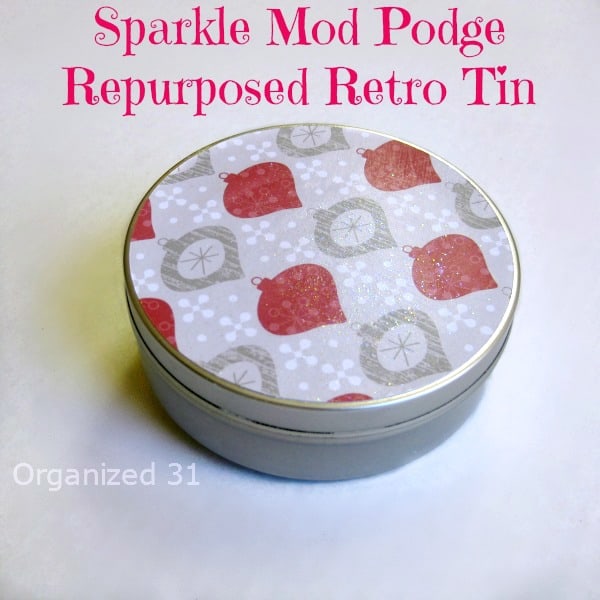 I love a quick and easy craft project using repurposed items.   You may remember when I spend the day crafting with my friend, J. and we turned repurposed  packaging into containers for gift giving.  J. and I had lots of fun using Mod Podge to upcycle some repurposed containers into pretty and frugal gift-giving-worthy containers. While we…