My children will tell you that my husband and I are tough when it comes to allowances and money management. I will tell you that my children, ages 9, 14 and 16, are exhibiting in their choices and behaviors healthy money management skills and financial responsibility, so I’m okay with being called tough (and even being called mean) since the results speak for themselves. I want to raise financially responsible adults, and given the current state of the economy, this seems more critical than ever.

We started our children on a weekly allowance at age 4. For their 4th birthday they received a My Giving Bank.  You could use 3 jars or containers. Having 3 distinct sections is important for your children to be able to understand that they money has separate purposes.

I love that My Giving Bank has the 3 distinct sections: Church, Bank and Store.  You could chose to call the “church” section “donations” or “helping others.”  The important lesson is that you set aside a portion of the allowance for charity.

We decided on an allowance of  $.65  each week.  I chose $.65 since it was easy to divide up in the three categories we wanted to teach our children.  You’ll see how in just a second.

Every Friday, I would have my children individually bring their savings banks and we’d go through the same routine.  I’d hold out the allowance and ask,  “Who do we pay first when we get our allowance?”   They would answer, “God.”  I would ask, “Why is that?”  They would answer, “Because everything we have is a gift from God.”  I’d then give them a dime and they would put it in the church slot of the savings bank.  We would talk about how this money will help the church and people who need help.  (Once a month, I’d have each child bring their own church donation to church and have them make the donation so they had that connection of giving their own money to the church.)

Often during the ritual, the children would joke about putting money into the store first. This gave us a wonderful opportunity to explain why you pay the store last and why we divide our allowance in the order that we do. When we first started with allowances I would explain each answer and we’d talk about it. Even as they got older and could answer my questions, I’d take the time to talk with them about the meaning. As they grew older, their ability to understand grew also. So the overly simplistic explanations became more complex as my children matured.

From age 4 to age 10, this is the way we handled allowance. Any time they received money over $5 as a gift, they put half of it into the bank and half of it into the store. They never argued about it because we started it so young with them. On occasion, they did ask if they could put it all in the store and we would explain that you should save money in the bank for when you’re older and want to pay for college or buy something big like a car. I made sure they understood that the bank money was for distant, large goals. There were other times when they saved their store money for a short-term, smaller purchase, but that was always separate from the money that they had put into the bank.

Around the age of 7, we opened a bank account for them. I wanted to make sure that the children could see real money in the bank portion of their savings bank, but I didn’t want them to have too much money sitting around (and not earning interest). Since the coins mean more to them at a young age, I’d leave enough coins to be impressive and a couple of $1 bills and put the rest into their bank account.

From the age of 10-13, we did the same process, but the allowance amount increased to $3/week. They then divided the money with $.50 to the church, $1.25 to the bank and $1.25 to the store. At this point I explained that they earned interest when they put the money in the bank portion of their savings bank into the real bank.

Despite the miserly allowance (or so I’ve been told) my children receive, they were very frugal with spending their store money (although I have to confess, my son has to tough time with his money burning a hole in his pocket). When I noticed that my daughters had more than $20 in the store section of their savings bank, I would encourage them to put that into their real bank account. We always wrote an IOU and put it in the store with the understand that this money was available any time they wanted the store money.  This store IOU was to help them remember (and help me remember) that they had access to the store money that they had chosen to put into the bank so that they could interest on it until they wanted to spend it. Interestingly, my 2 daughters who have gotten to this stage never asked to have that store money back to spend.  I can only hope my son learns this savings trait too.

With the $3/week allowance, the children were responsible for buying their school supplies, gifts for family and friends and any “extras” they wanted. I helped with each of these categories on occasion. I wanted my children to learn to budget, save, and plan, so I didn’t jump in to help too often. My daughters learned to make gifts for family members, they learned to shop sales for school supplies and they learned to delay gratification for stuff they just had to have. I will say that when we originally came up with the $3/week amount, we were living in New Jersey and the kids didn’t have to buy many school supplies. So, as we moved to different states that had more extensive school supplies lists, I helped out with those purchases.

When my daughters turned 13, their allowance increased significantly AND they are now responsible for all their own clothing, school supplies, school lunches, gifts and entertainment.  More to come on that in Part 2.

Parenting Tips from a Mother of 3 and Parent Educator 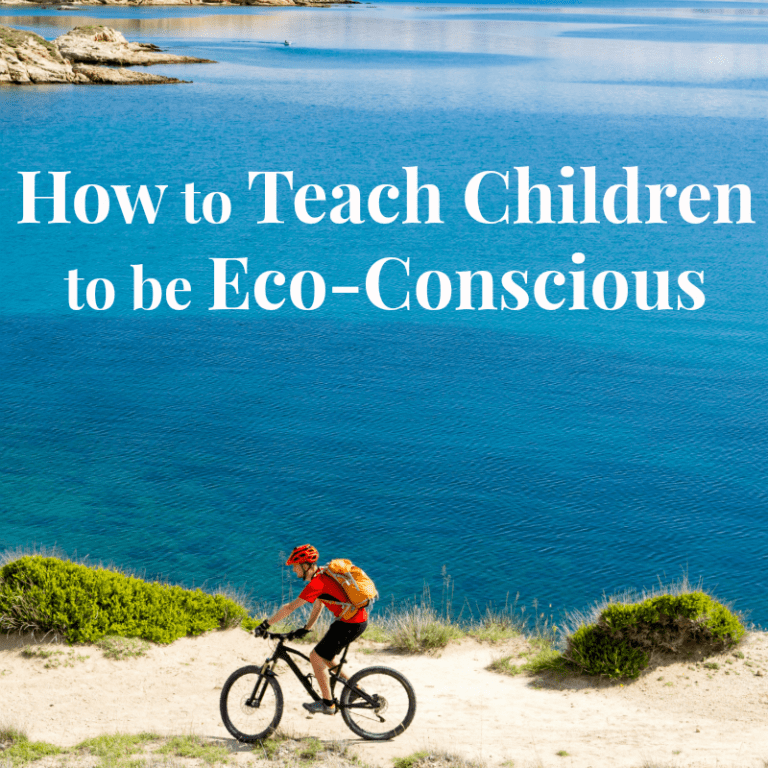 Simple tips for how to teach children to be eco-conscious. 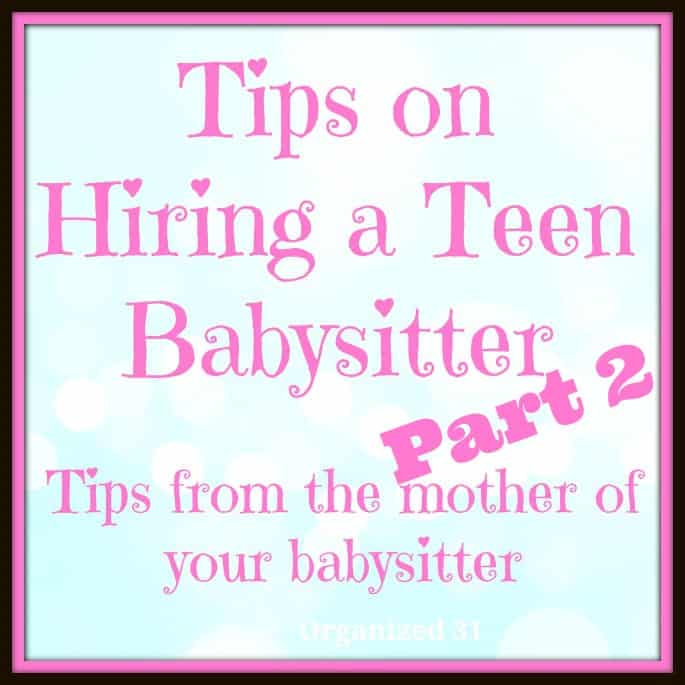 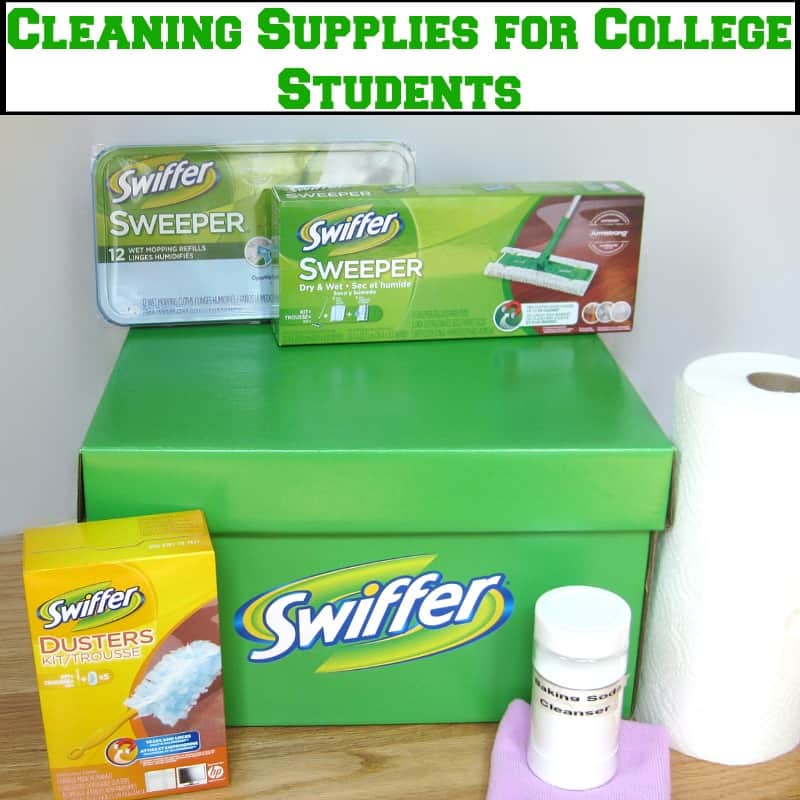 We’ve gathered most of the items my daughter needs to take to college with her, and now it’s time to gather the cleaning supplies she’ll need.  She has been assigned to a suite with 3 other students.  They are responsible for cleaning their own rooms and the bathroom that the 4 of them will share.  I’m a… 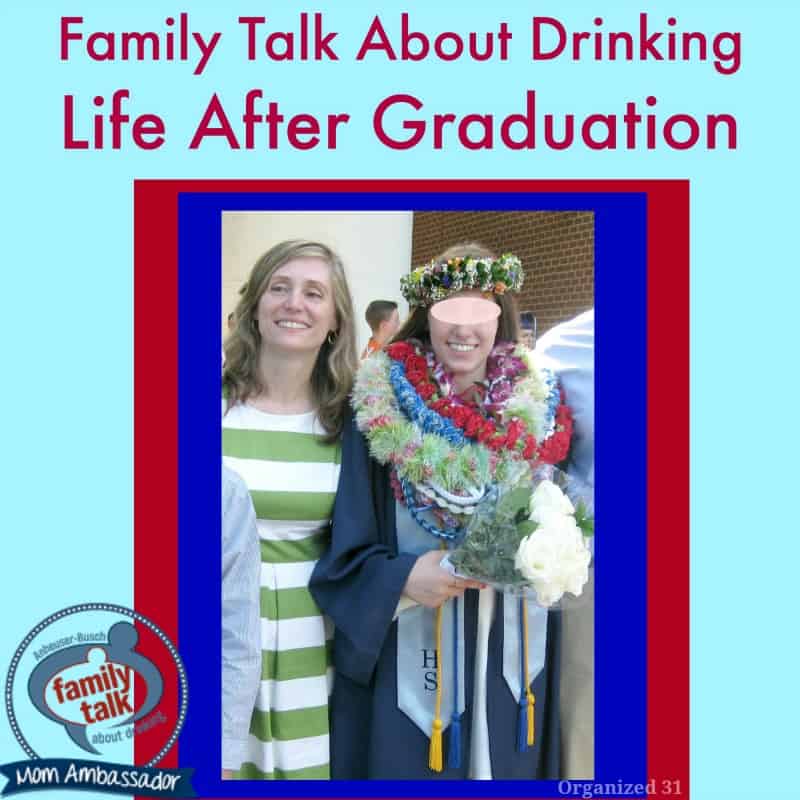 I participated in an Ambassador Program on behalf of Mom Central Consulting for Anheuser-Busch’s Family Talk About Drinking program. I received a promotional item to thank me for my participation. #FamilyTalk  This has been a big summer for our family.  My oldest “baby” attended her senior prom, graduated from high school, got her first non-babysitting… 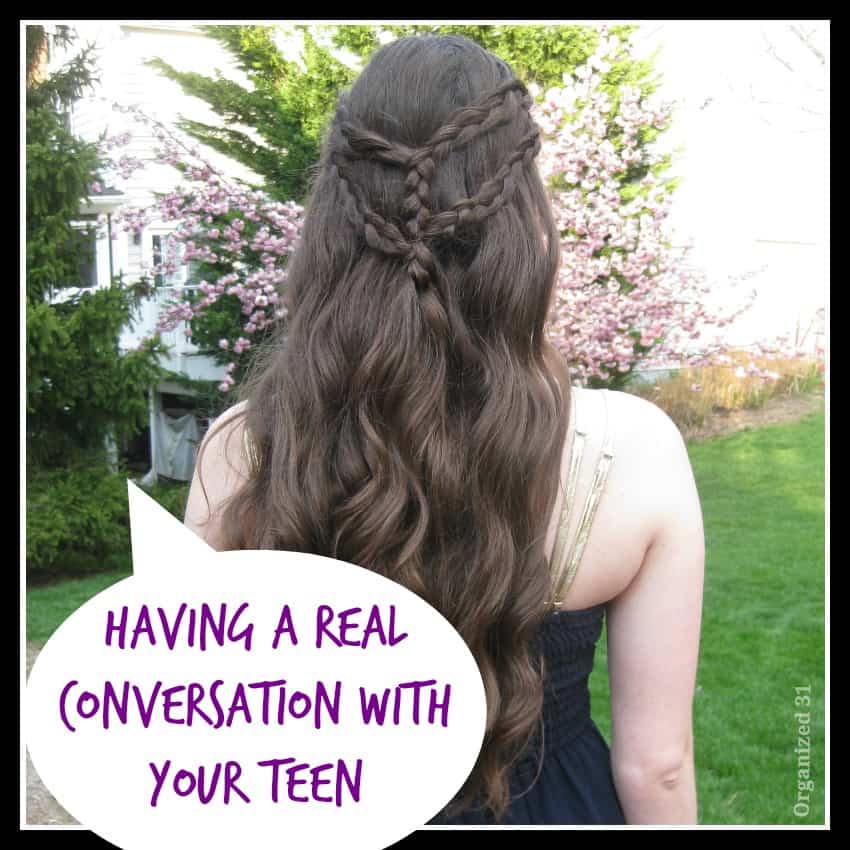 I participated in an Ambassador Program on behalf of Mom Central Consulting for Anheuser-Busch’s Family Talk About Drinking program. I received a promotional item to thank me for my participation. As a parent we have the greatest influence on our teen’s choices, according to MJ Corcoran, Parenting Coach.  But to be able to have that… 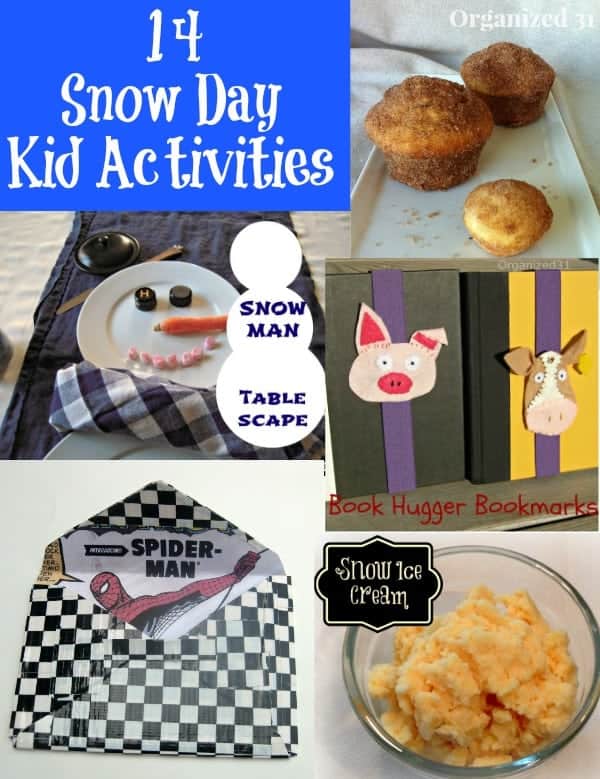 So-0000, you and all the kiddos are  stuck enjoying being at home for yet another snow day this year.  While snow days are a kid’s 3rd best day of the year (after birthdays and Christmas), snow days can be quite a challenge for mom and dad.  What do you do to keep the kiddos entertained and…