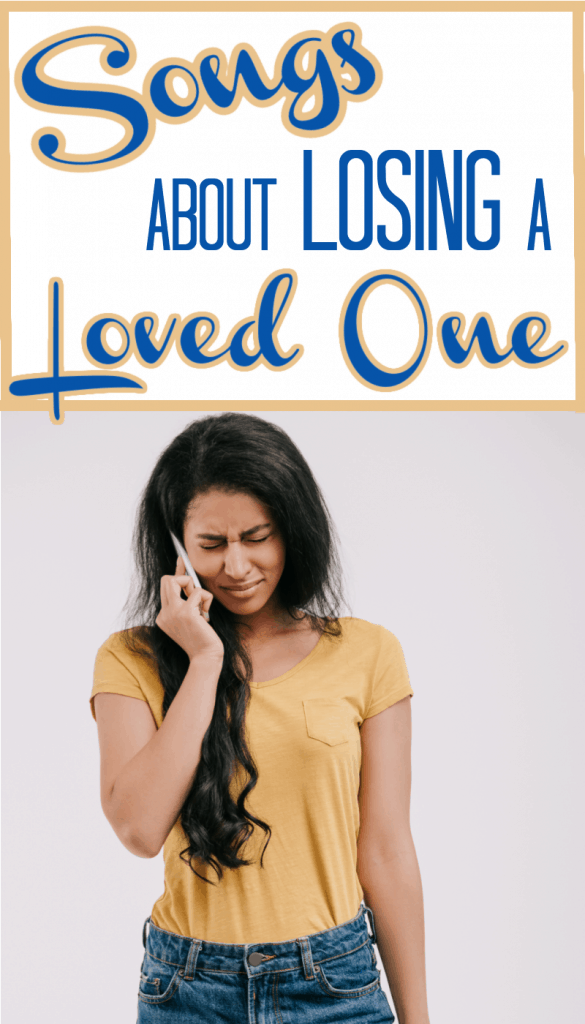 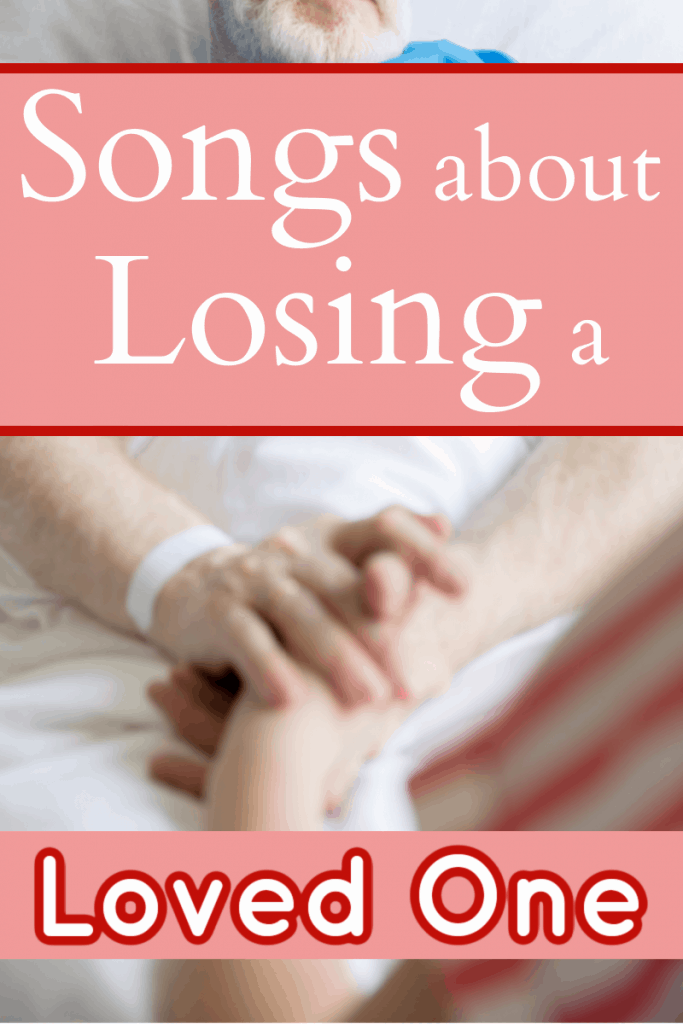 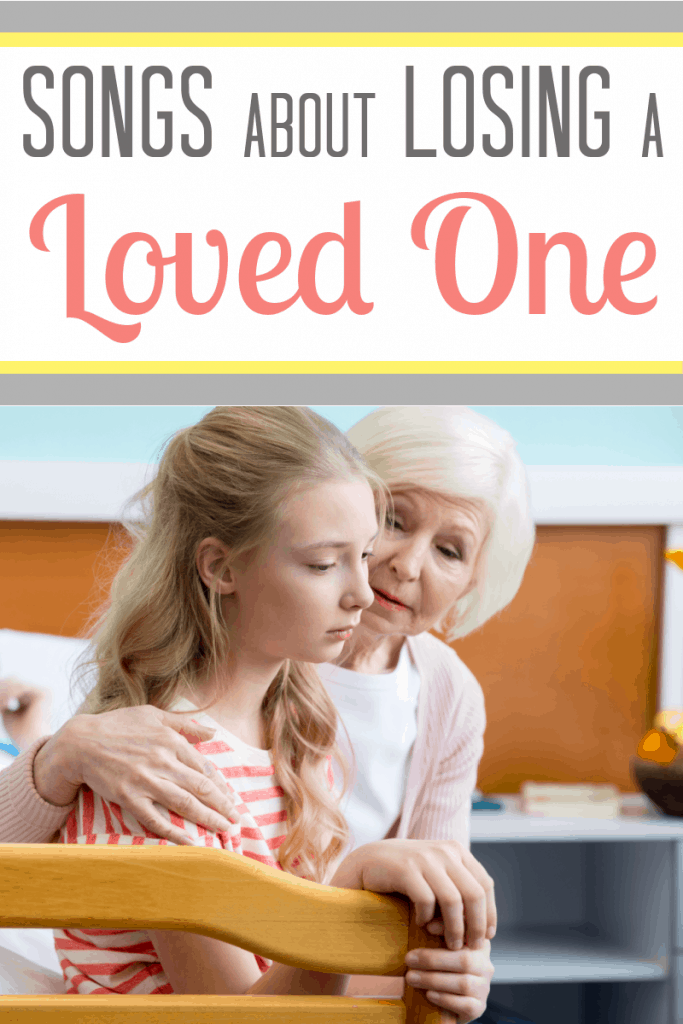 Whether you need a song for a funeral service or one to help you in your grieving process, there are songs about losing someone from every genre and era here that will help.

Several years ago the grief of losing my parents hit me hard and listening to songs about losing a loved one helped me express the feelings that I couldn’t put into words myself. I have always been very close to my parents. Although I knew intellectually that they’d pass at some point, like a small child, I just never imagined that day would ever really come.

In a beautiful, providential way, several very meaningful songs about loss, grief, and love came onto my radar just as I needed them and these 88 songs about missing someone helped me move through the grieving process.

I lost my mom somewhat unexpectedly and then lost my dad unexpectedly six months later. Lost is the word that best describes how it is for me. It’s as though I glanced away for a moment and they’re suddenly, inexplicably gone – lost to me. Losing them was a double whammy that was rough for this momma’s and daddy’s girl.

Finding ways to express my grief to myself was a big part of getting through the grief. I’d felt stuck in it and didn’t know how to move through it (fast enough to suit my practical, let’s-get-‘er-done personality).  Finding songs about losing someone that expressed my feelings better than I could myself, helped me understand, deal with and move through my grief.

My dad was the one who told me that I could do anything I put my mind to and be anyone I wanted to if I worked hard enough. He supported my career in the Air Force, in the traditionally male career field of transportation (I wore steel-toed boots and leather work gloves), as much as he did my blogging career.

In my grief, I still feel like this young child, simply wanting my parents with me. I’d even settle for being able to talk to them on the phone. And I be satisfied if we could write letters back and forth. I simply miss them.

A couple of these songs about grief got me through the earliest, rawest times of my grief. Some of these songs about dying are speaking to me now in a new way about loss as I’m entering a new phase of grief. Although I can’t choose any as favorites, I will say that these four songs have particular meaning to me:

Songs About Losing Someone

I’ve listed these songs in no particular order. Don’t discount a song because you don’t like the singer or the genre of music. These are all amazing songs that really touch the heart and express an aspect of loss, love, grief and hope. Be open to each one and see which ones speak to your heart and experience.

Simply click on the videos below to listen to each song.

Dancing in the Sky – Dani & Lizzy

A beautiful song written after the loss of a friend.

A reflective song written after a friend’s death from a drug overdose.

You can grab the MP3 version. 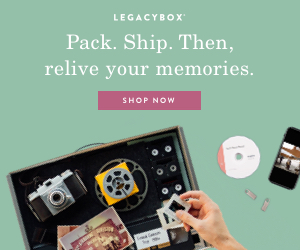 Beam Me Up – Pink

An emotional song written after the loss of a child.

A country song about a loved one now in a better place.

Get the MP3 version for youself.

Even If – Mercy Me

Written about going through tough times.

You can download the song or get the album.

A powerful ballad about losing someone too soon. It’s especially meaningful for loss due to a miscarriage.

Holes in the Floor of Heaven – Steve Wariner

This country song won song of the year in 1998.

You can get the song or the entire album.

I Will Not Say Goodbye – Danny Gokey

Danny Gokey sang this song in loving memory of his wife.

You can download the song to your music collection.

I Will Remember You – Sarah McLachlan

A great song about keep the precious memories alive.

Grab the song or the entire album.

Written for the loss of a mother, but good song for any loss.

A beautiful song for the healing broken heart.

Add the song to your music collection or the entire album.

One of my favorite songs that perfectly blends hope and grief.

You can download the song or purchase the album.

Save a Place for Me – Matthew West

Perfectly expresses the feelings of loss and grief.

Grab the song or the entire album.

A song written from a broken heart after losing a young child. One of the most beautiful songs about a loved one in heaven.

Close friends wrote this song about the loss of a friend and coworker.

Add the song to your music collection or the entire album.

When I Get Where I’m Going – Brad Paisley & Dolly Parton

A popular country music song about losing a loved one.

Get your copy of the song or the entire album.

A good song to uplift your heart when you’re grieving.

Grab the MP3 version of the song or the entire album.

A song about heaven from a Christian faith foundation.

Songs about Loss Listed by Artist

Each of these songs are linked to YouTube so you can listen to them yourself.

Alabama – Angels Among Us is an encouraging and uplifting song written after miraculously surviving a car crash.

The Beatles – Yesterday was written by Paul McCartney inspired by the loss of his mother at a young age.

Beyoncé – Heaven was written about her mother’s best friend’s death.

Andrea Bocelli – Time to Say Goodbye is the the second most chosen funeral song in Great Brittain.

Boys II Men – It’s So Hard to Say Goodbye to Yesterday expresses the emotions when you have to say goodbye.

Lee Brice – I Drive Your Truck is a song about driving an older brother’s truck in an effort to be close to your love one again.

Luke Bryan – Drink a Beer explores the overwhelming feelings experienced after losing a loved one. Luke Bryan has personally experienced the loss of several loved ones and understands the emotions himself.

Sean P. Diddy Combs (Puff Daddy) and Faith Evans – I’ll Be Missing You was written in memory of Biggie Smalls, The Notorious B.I.G

Chris Cornell – I Promise It’s Not Goodbye was written after the loss of a young daughter and reminds us that our loved ones remain with us as we remember them.

Counting Crows – A Long December is about holding onto memories and remembering how life has changed and how it all felt.

Diamond Rio – One More Day is about having one more day together with a loved one.

Faith Hill – There’ll Be You is often used as funeral music or as a dedication to a lost loved one. It shares the idea of keeping the person will you. It’s from the soundtrack of the 2001 movie Pearl Harbor.

Green Day – Wake Me Up When September Ends is written about a child losing his father.

George Jones – Picture of Me (Without You) explains what life is like without a loved one.

Rascal Flatts – Why explores the feelings of friends and family left behind after a suicide.

Vince Gill – Go Rest High on that Mountain – Written about the loss of a loved one that struggled with demons.

The Goo Goo Dolls have two meaningful songs about death and the loss of a loved one.

Billy Joel – Only the Good Die Young is not a song about losing a loved one, but is often a song people turn to in loss.

Wiz Khalifa – See You Again is about friendship and saying goodbye. It was written in memory of the Fast and Furious actor Paul Walker

Avril Lavigne – When You’re Gone describes the pain of being separated from a loved one.

Linkin Park – Leave Out All the Rest is a song about remembering the good things and letting the bad ones go.

Reba McEntire – If I Had Only Known is about the grief of losing a friend.

Bette Midler – Wing Beneath My Wings

Mumford & Sons – Beloved was written about being at the bedside of a grandmother as she passes away.

Sinead O’Connor sings a hauntingly beautiful song about grief and a broken heart in the song, Tiny Grief Song.

Brad Paisley and Alison Krauss – Whiskey Lullaby was the 2005 CMA Song of the Year.

Pink – Who Knew is written about the loss of a close friend to a drug overdose.

Pink Floyd – Wish You Were Here – A rock song that is often chosen for funeral music.

Grace Potter – Daylight is a song about regrets and seeking the daylight in life.

Charlie Puth and Wiz Khalifa’s song, See You Again, is a tribute to the actor Paul Walker who died in a car accident and is featured in the movie Furious 7.

Bruce Springsteen – The Last Carnival was written in memory of a band member that passed away.

Taylor Swift – Ronan is about a mother losing her young son

James Taylor – Fire and Rain was written for the death of a childhood friend.

Carrie Underwood – See You Again – Is about reuniting with loved ones again.

Warren Zevon – Keep Me In Your Heart – One of the more requested funeral songs about missing someone who died.

How songs and music can help you grieve

One of the difficulties with grief is that often we don’t have the words to express our grief. The song can give you the words you need to express your emotions.

Knowing that there is at least one other person out there feeling what you are helps you feel connected during such an isolating time.

Songs can help you remember the good times and celebrate your loved one’s life.

Sad songs can help you cry and process your emotions. Often during the grieving process, we get stuck and need help getting our tears and pain out. A beautiful song can be the conduit to help you.

Help you contemplate your thoughts and emotions as they change during different stage of your grief process.

More Resources for When You Lose a Loved One

I created the downloadable 77-page My Legacy, My Story workbook to help you record your life story now so your loved ones will have it in the future. It also makes a great gift for your parents or grandparents.

Do you have a song that helped you when you were grieving a loss? I’d like to share as many songs about losing a loved one here because different songs speak to different people’s hearts and experiences.

Pin these Songs About Losing a Loved One so you can find this comprehensive resources if you ever need it.

Show your affection and love by sending Valentine’s Day Care Packages for College Students. Fill the care package with sweet, warm and loving treats and notes. 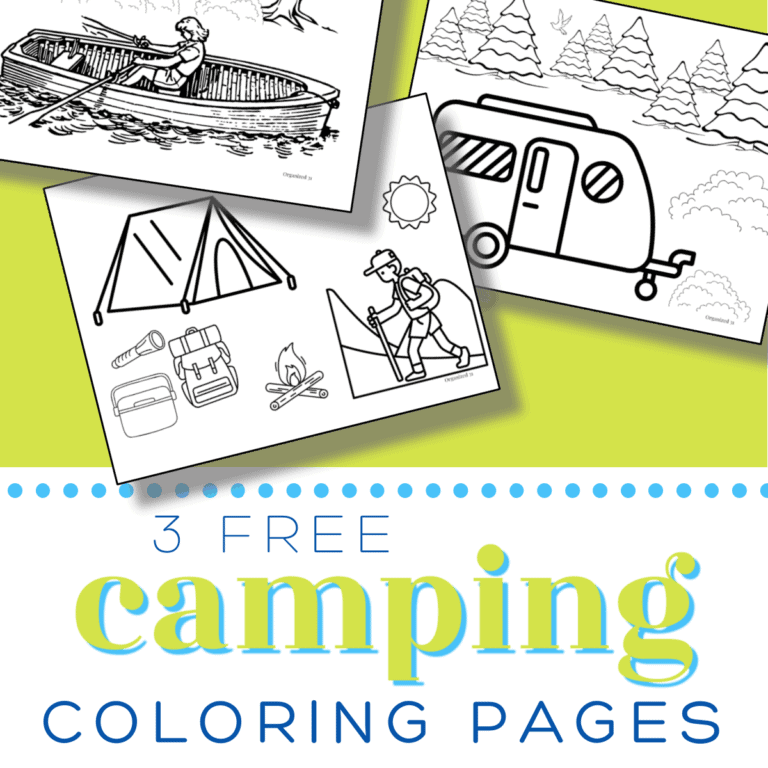 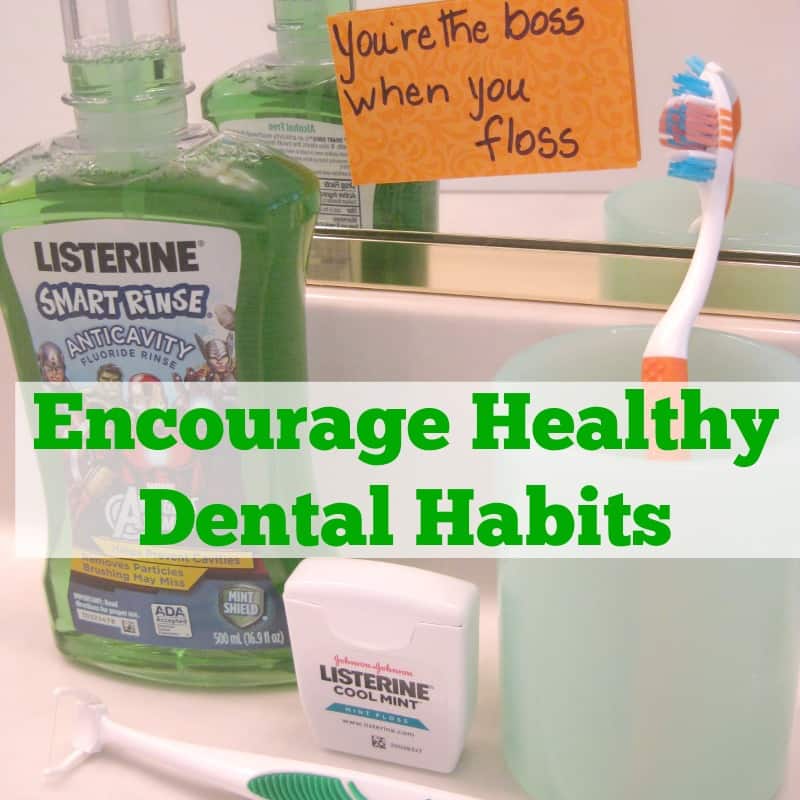 I participated in an Influencer Activation on behalf of Influence Central for LISTERINE. I received samples for this review and a promotional item to thank me for participating. I recently shared with you that having good dental hygiene is a big deal in our family.  Five out of 5 of us in our family have had braces.   Four… 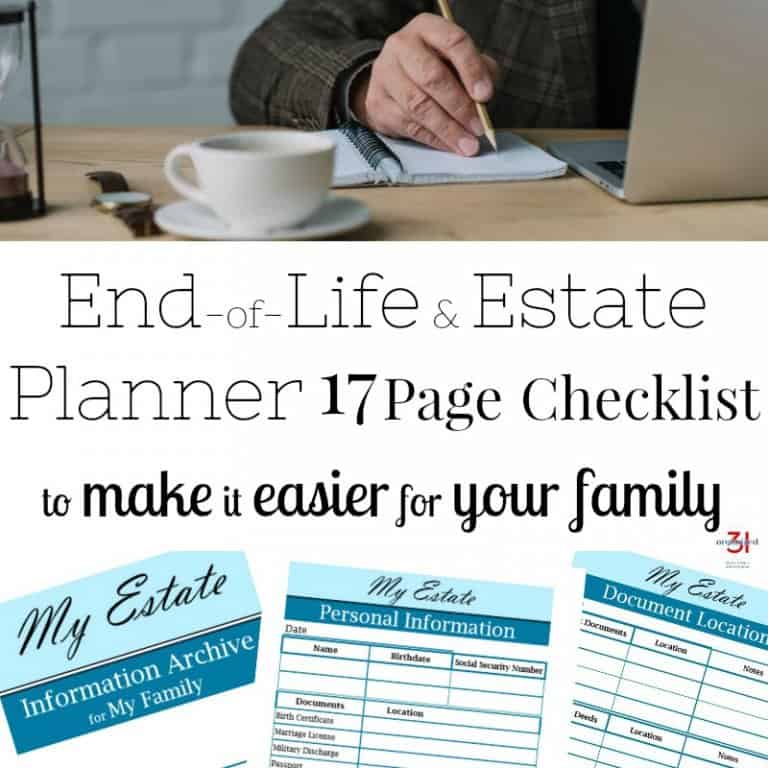 Planning for estate & end of life arrangements will make a difficult time easier for your family. Get organized now with this free End-of-Life Checklist. 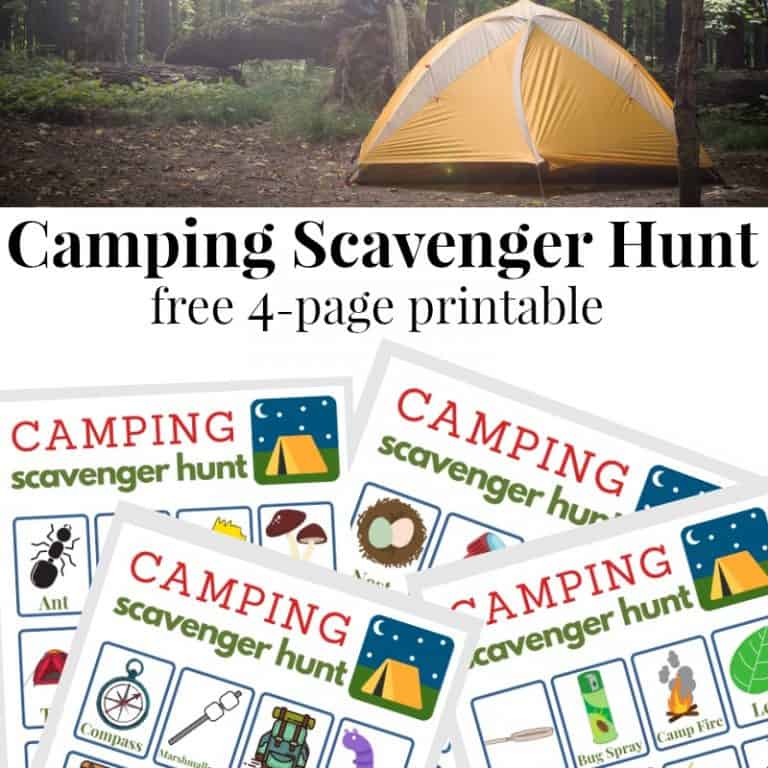 Explore the campsite and have fun with the free 4-page printable camping scavenger hunt. Perfect for a variety of ages and camping locations. 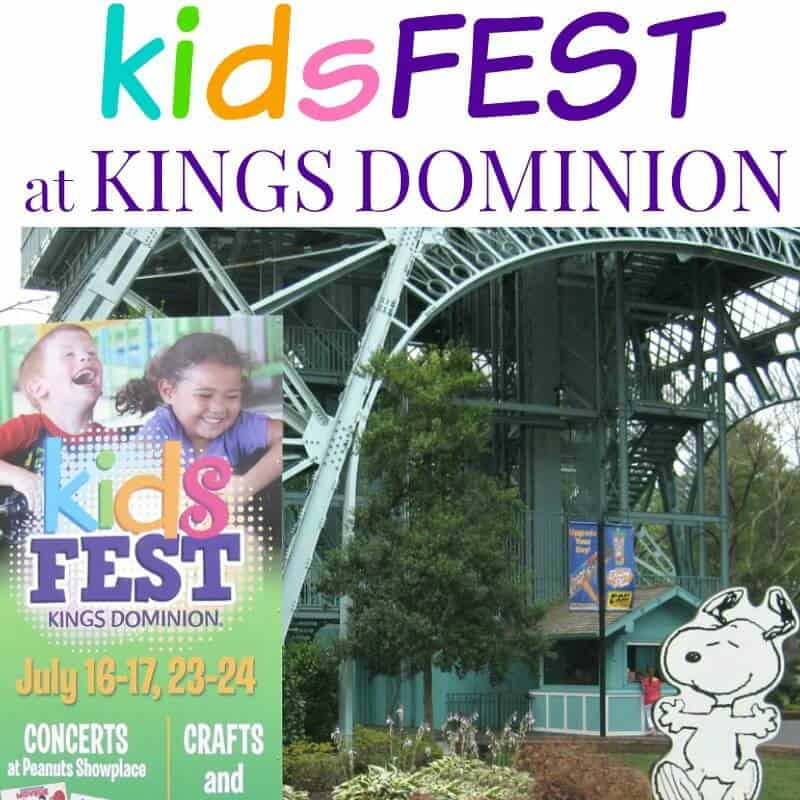 Celebrate with the second annual KidsFest at Kings Dominion for kids of all ages. KidsFest is a celebration of all things kids-related with concerts, crafts, activities and shows.