My friend, Karen asked if I could help her with a project.  She’d bought several XL men’s sweaters because she got a great deal on them and loved how cuddly they are.  She’d seen large throw pillows made out of sweaters and wanted to do the same for her family room.

I did a little research and could only find small accent pillows made from sweaters but nothing that really fit the bill for what Karen had described.  So being a simple girl (with a short attention span), I figured “Who needs a pattern? Let’s just do this.”

I washed the sweaters to let any shrinkage happen.  I figure that these will need to be washed in the future if they’re going to be lounge-y throw pillows. 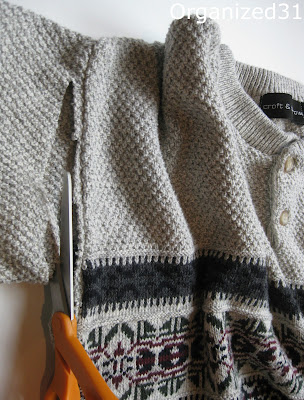 Then I laid the sweater out and cut the sleeves off just outside armhole seam.

I wanted to leave the seam to keep the rest of the sweater from unraveling.

I considered keeping the sleeves and tucking them into the sweater, but it made the pillow too lumpy to be a cozy lounge-able throw pillow.

I just turned the armhole seams under and hand-stitched the armholes closed.  The sweater is so thick, that the thread disappears into the fabric of the sweater.

After stitching the armholes shut, I inserted the pillow form.

To find the pillow form, I took the sweater to the craft store and tried it on over different sized pillows until I found one that fit the best.  I like that the pillow form holds its shape better than loose fiberfill.

Next I stitched the neck closed. I left the collar sticking up because it added more casual character.  But for a more finished look, you could easily turn the neck under.

Finally, I sewed the bottom of the sweater shut.   I had wanted to leave the band out for a more casual look.  But my pillow form wasn’t large enough and it would have looked sadly droopy. I ended up turning the band under and sewing it shut.

Karen was really happy with the way the pillows turned out on her couch. We decided to simply place the second sweater (the one with the buttons) over one of the existing couch pillows. It fit perfectly.

She’s now on the hunt for more sweaters.  She wants to cover the other tan couch pillows with coordinating sweaters so that all the pillows are soft and cuddly.  I can’t wait to see it.

Don’t remember what the occasion was when my kids got Mentos gum.  But I do remember being intrigued by the cute little plastic containers.   I kept the containers so I could figure out a way to repurpose them.                     The label was so easy to remove that I just knew each container was destined to…

I found this clearance long-sleeve t-shirt in the boys section for $.97.  Really! I wear anywhere from a women’s size 4 to size 8 (don’t you hate that clothes sizes are not standardized?!).  This XL boys tee made a not-too-tightly-fitting skirt for me.     I had seen a great tutorial on Make It &… 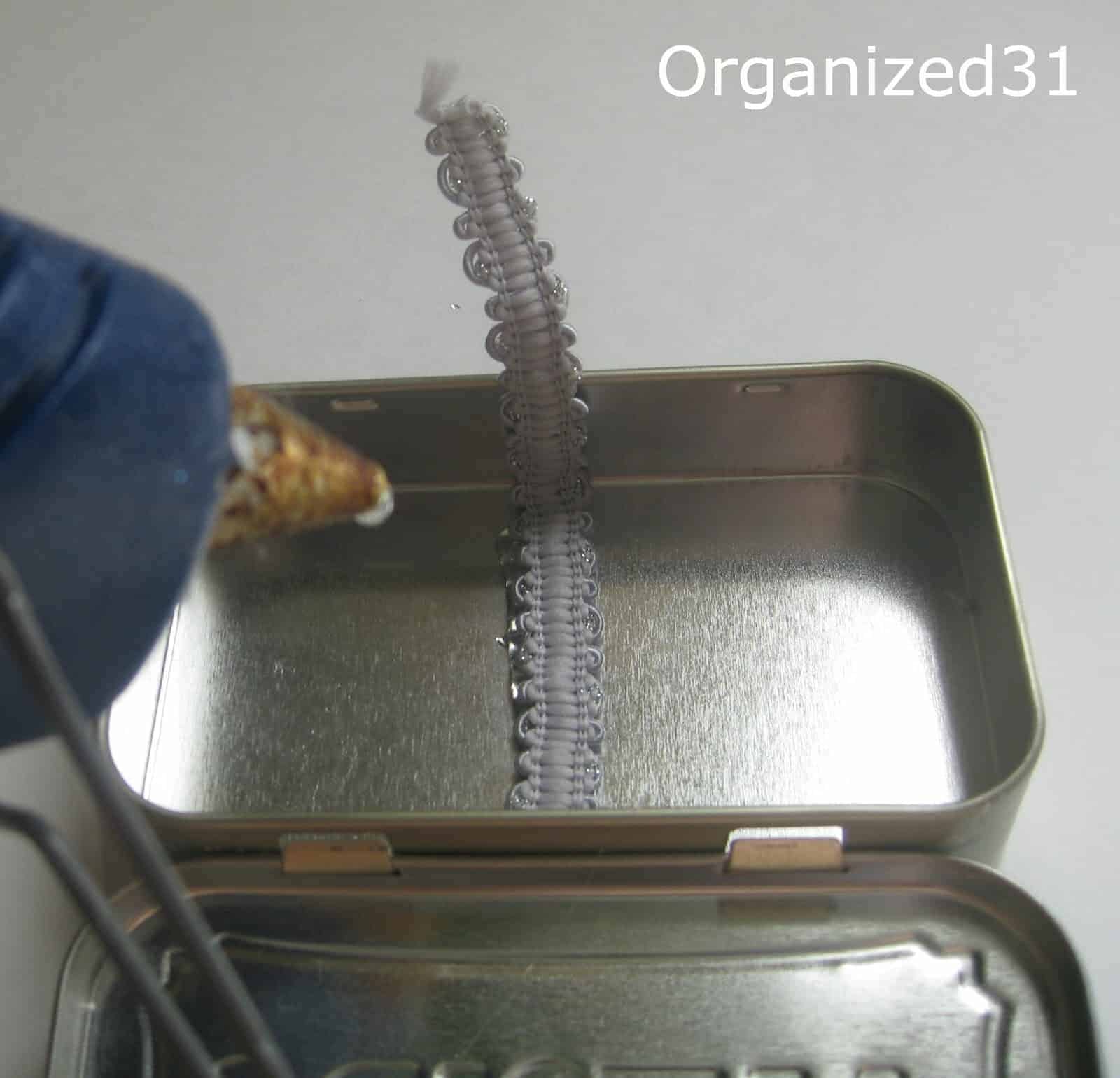 Ever since my teen daughters started shopping at Urban Outfitters, I’ve been fascinated by the bags. The bags have this great texture to them (that just doesn’t show up in photos).  And the graphics are simple, just the way I like them.  You can tell how wrinkled the cream colored bag is that I’ve holding…

I shared this easy but hugely helpful idea when I guest posted over at Crafty Meggy 2 weeks ago. I blogged last summer {here} about how happy I was when I found this cute puzzle box at the thrift shop. When I saw the puzzle box, I knew immediately what I wanted to repurpose…