I never get tired of fun food creations. But I’m a busy, busy mom and I don’t have hours or days to create fun food. I’m all about easy ideas that still impress. I wanted to make some easy and edible Nightmare Before Christmas decorations this year. I was able to make these Jack Skellington Halloween decorations in about 10 minutes with just two ingredients. They’re easy to make. Really and truly.

A couple of weeks ago I made Halloween Rice Krispies Treats that were edible spell books. While they were easy to make, these Jack Skellington treats are even easier.

Draw a Jack Skellington face on the marshmallow. Yep, that’s it. Easy-peasy. The first few you make will take longer, but once you gain confidence, you’ll be able to make one in a minute or so.

After the first couple of practice ones, you’ll find that it’s easy to make the faces turn out just as you want. It really is fun to create an entire family of Jack Skellington faces.

You can also place the Jack Skellington marshmallows on toothpicks or skewers and stick them in a jar or bowl of candy to create a center piece.

No one will know how easy these Nightmare Before Christmas treats are to make.

This would be a fun activity to do with children. But be prepared that the edible food marker stains hands and probably clothes.

Have fun creating some Nightmare Before Christmas magic with these Jack Skellington Halloween decorations that are edible. 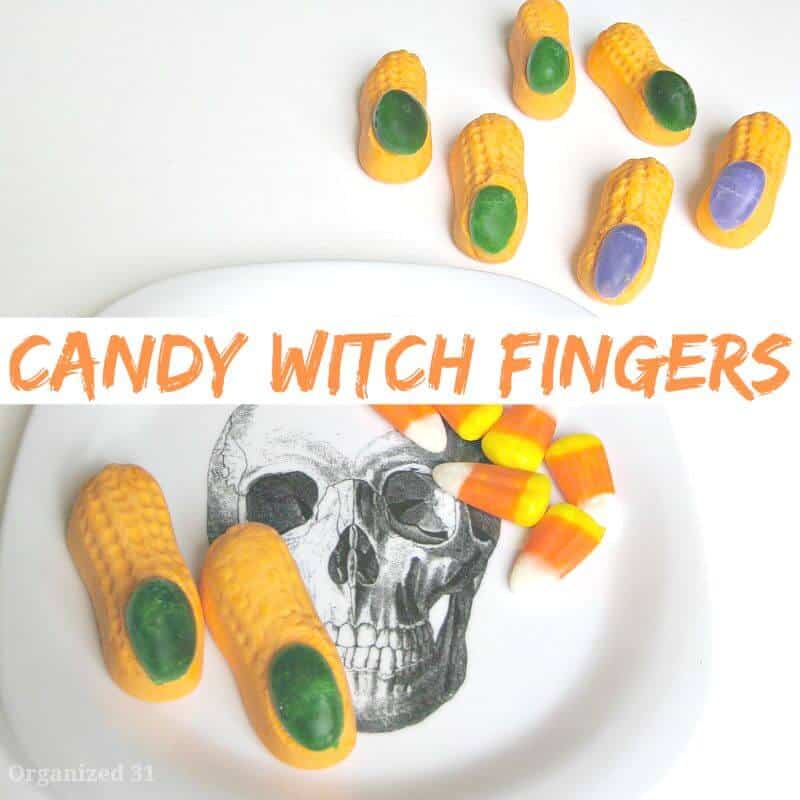 What is it about Halloween that makes creepy food so much fun?  Something about Halloween brings out my goofy, wacky side and I just love finding fun ways to serve Halloween treats.  Our current neighborhood has a Halloween block party and this year I’ll be bringing these super easy-to-make Witch Fingers treats. I’ve enjoyed making fun… 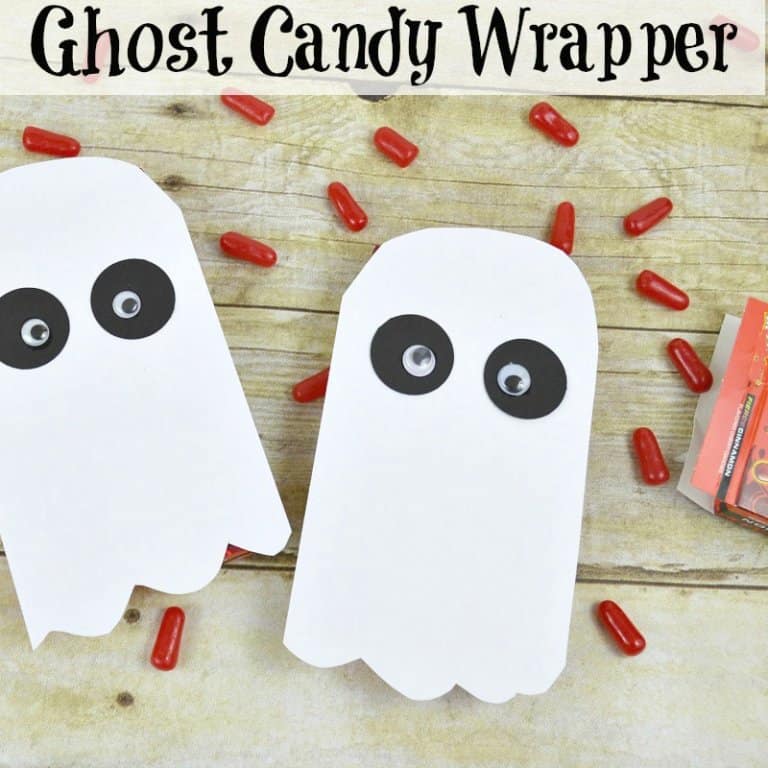 Halloween crafts are fun to make with kids or give as gifts & party favors. These Ghost Candy Wrappers for movie theater box candy are cute & easy to make. 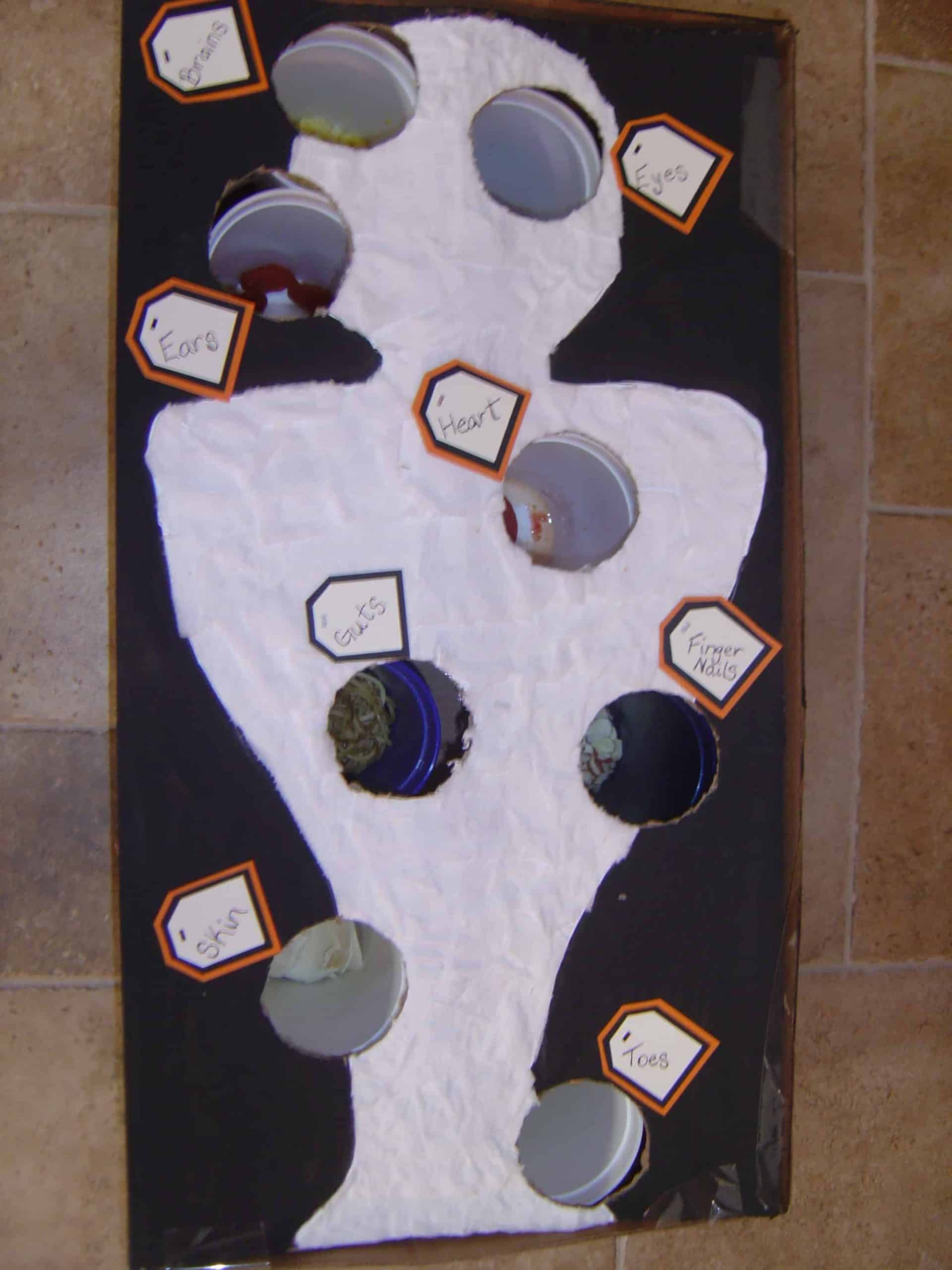 A few years ago when my oldest was too old to trick-or-treat, we held a party for her group of friends in place of trick-or-treating that year.  We had themed food and I made an easy-to-make Scary Eyes Halloween Cake that was a big hit.   In addition to the food, I made a  Creepy Mummy Coffin… 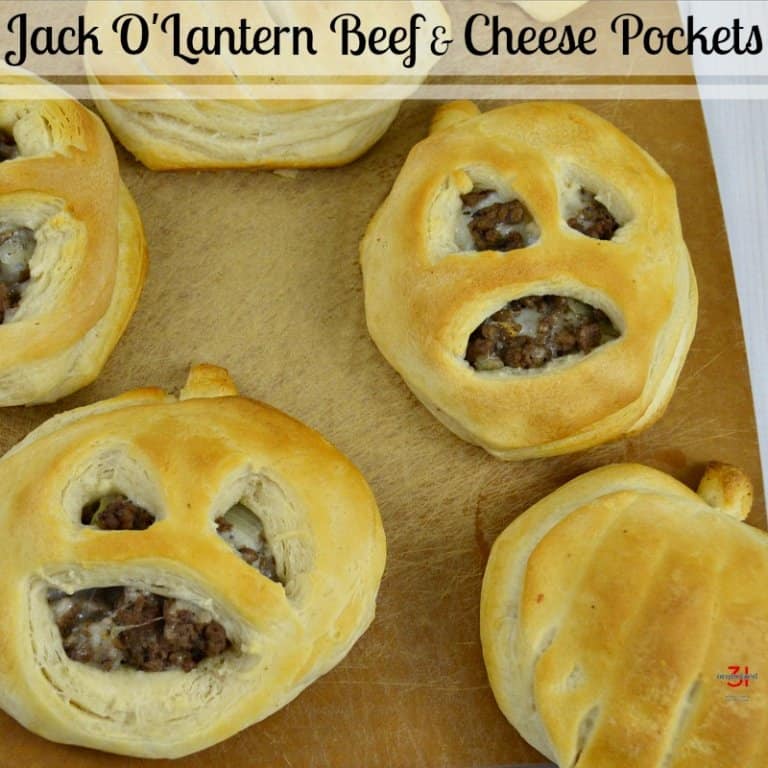 An easy to make dinner recipe that is as delicious as it is fun. Halloween Jack O’Lantern dinner pockets are always a big hit. 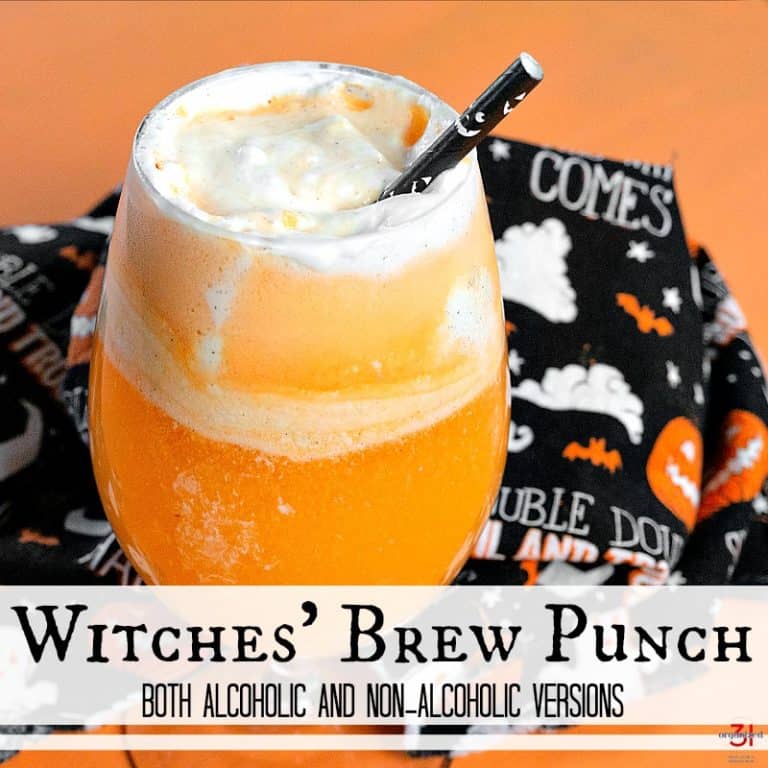 Witches’ brew punch is a fun, frothy easy-to-make Halloween drink that you can make in an adult version and also in a non-alcoholic version. 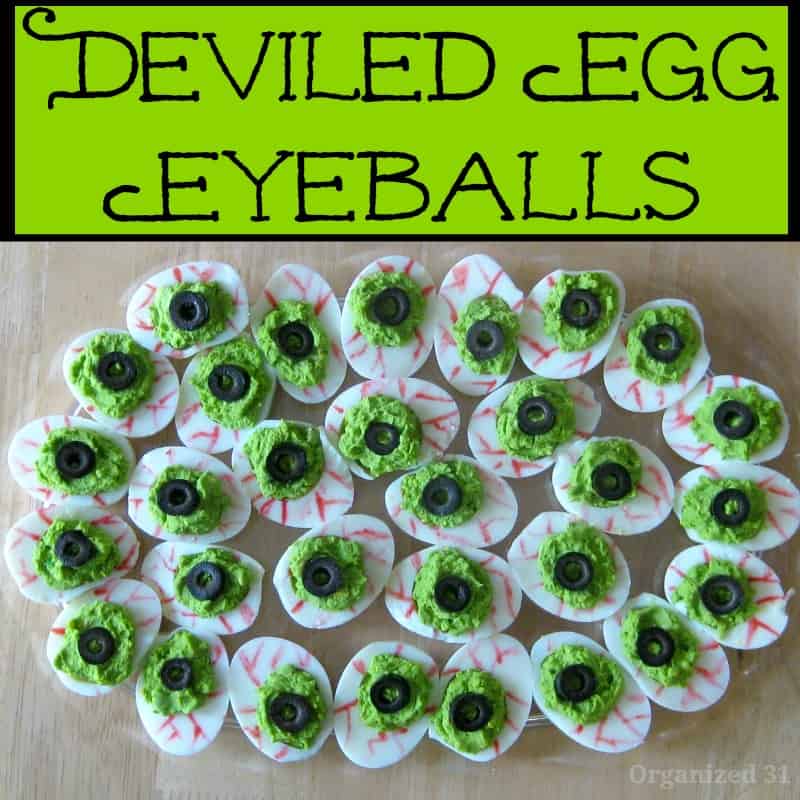 These deviled egg eyeballs are easy to make and are always a hit at Halloween parties with both kids and adults.